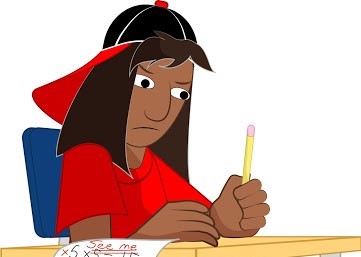 (Editor’s note: As always, the illustrations in Julie’s blog posts are created by her!)

As autism becomes part of a worldwide dialog, society learns more every day about what it means to be on the autism spectrum. This is, of course, a good thing.

Just 15 years ago, the term “autism” was largely understood to refer to a group of people with extreme intellectual disabilities who were largely nonverbal; “autism spectrum” wasn’t even a term that most people knew back then. However, in the sea of accurate information that permeates the world today, there are also a lot of misconceptions and stereotypes, which I feel render invisible those of us who do not fit a preconceived mold.

Probably one of the biggest stereotypes about autistic people is that we are brilliant math and programming geniuses, that we have “savant” skills, particularly in tech. On the surface, a stereotype like this might seem positive. After all, most minority groups are—unfairly, of course—associated with negative stereotypes. Isn’t it great to think that you’re part of a group that has unusual levels of skill in a particular field?

Not necessarily, especially if you don’t have unusually exceptional skills in that field, or any field at all. In fact, I find it frustrating how many articles I’ve encountered that well-meaningly attempt to provide hope to parents by implying that their child could be the next Bill Gates or Mark Zuckerberg, or on their way to becoming the next generation’s Albert Einstein, or an engineer with genius-level spatial-reasoning skills like Temple Grandin.

The fact is, however, that most of us on the autism spectrum aren’t “savants,” and the perpetuation of such stereotypes renders invisible what actually may be a majority. I know quite a few people on the autism spectrum, and only three of them are skilled in mathematics and programming; and while they are very good in these areas, I would not call them savants.

In fact, almost everybody I know on the autism spectrum also has a diagnosis of non-verbal learning disability (NVLD) and thus has considerable difficulty in these areas. NVLD is a similar condition to autism (in fact, there is some debate in the psychological community about whether NVLD is a part of the autism spectrum), and those afflicted may have trouble with spatial reasoning, math, and other STEM-related skills.

I have difficulty in the same areas. While I was in honors math and science classes growing up, I often struggled. Almost every night I needed help with my math homework. When I was in honors chemistry in high school, I also had to constantly ask for help in balancing chemical equations. Ultimately, I didn’t understand the material, and despite my hard work I only passed with a C.

When encountering misleading articles that portray those of us on the spectrum as “savants” in a particular discipline, it can make those who don’t fit that profile feel invisible and invalidated. It makes us question our own identities, and makes us wonder if we are really autistic. And if we are not autistic, then what does it all mean?

We know that we’re different and that difference may even be diagnosed as autism, but we may wonder how we could possibly be this way if much of the world tells us that autism looks like something that doesn’t fit our life experiences. It is beyond frustrating and confusing, and I really wish those who write the articles would do their research—by talking to members of the autism community, if nothing else.

I want to make it clear that I’m not saying we aren’t skilled anywhere else. It means that, just like neurotypical people, we have a variety of skills and talents that differ from person to person; it’s just that we’re not usually “savants” as portrayed by the media. My talents lie in visual arts and creative writing. Like in the neurotypical world, some of us are writers, musicians, actors, pilots, animal trainers, business owners—you name it. We are mostly ordinary people who experience the world a bit differently. We aren’t “defective,” but we aren’t “enhanced” either. We are human beings, with our own unique blend of skills, difficulties, and idiosyncrasies. And we need the world to recognize that. 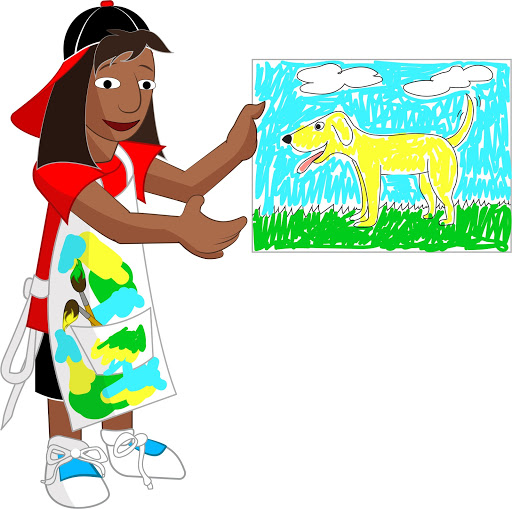